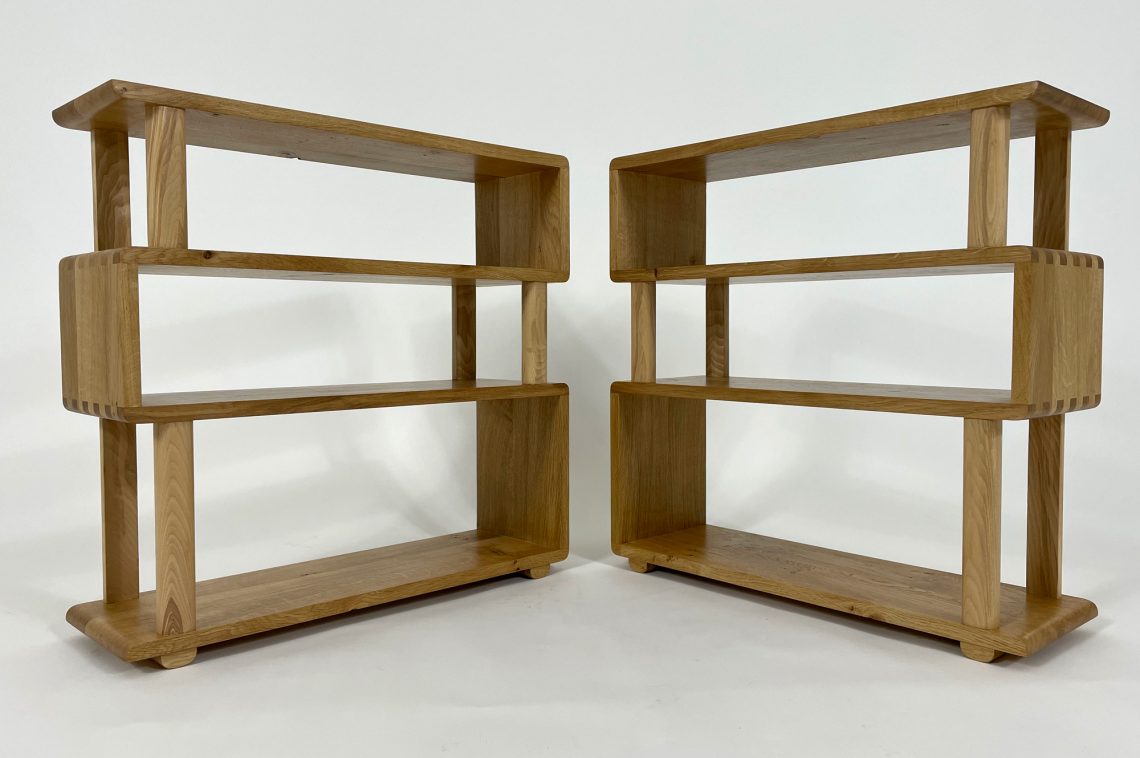 My first commission after graduating was to design a little side table, that would fit either side of the client’s couch. The width would be 20 cm, with the depth (60 cm) and height (60 cm) would match the couch. At one end of the couch there would be limited access from the side, whilst at the other end of the couch the table would be accessible from both the front and the side.

I proposed two designs to the client. One design was a ‘traditional’ table, narrow, with a couple of shelves and vertical dividers to allow books to be stored on end. The second design was a little more ‘out-there’ with a continuous flowing shelf and legs to support this shape. To my delight, the client picked the second design and it’s flowing sinuous form led to it being christened “Heron”.

The shelves would be made from oak and the supporting legs would be made from ash to give a contrast in both tone and grain. I also wanted there to be further interest in the joins between the horizontal and vertical elements of the shelves and so I made these using finger joints and then rounded these to enhance the feeling of a flowing continuous form. The rounding is also an excellent way to display both the on-off pattern of the joint and the beautiful end grain of the oak.

As a final touch, and knowing that the client was an avid hill-walker, I added the grid reference of the location from where the timber originated.

I was sad to see the herons leave the nest, but the customer loves them and so it is a happy ending.